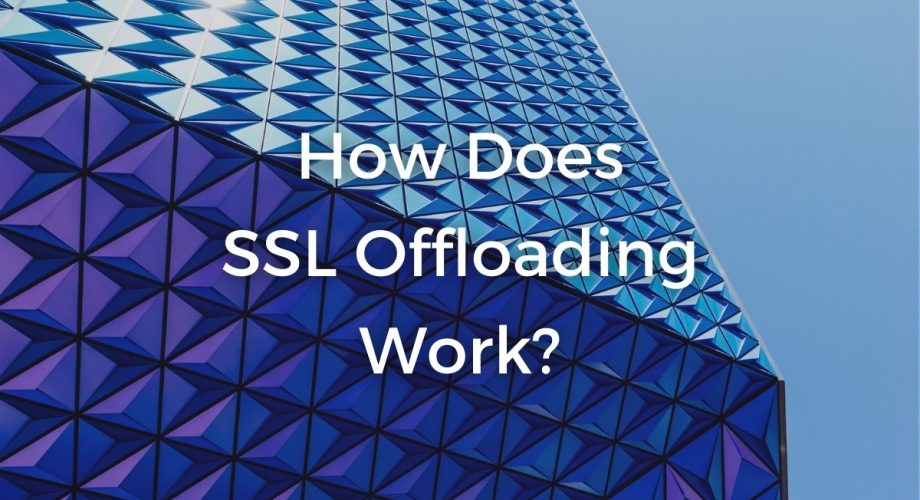 Decryption and encryption are must-have security systems when creating a website. Not only do they give visitors the peace of mind they need when surfing the web, but they also protect your website from any malicious activities on the internet.

Unfortunately, having decryption and encryption on the main web server means that additional strain to the system. This can consume your website’s resources, causing it to perform much slower than normal. However, there is a solution to this problem, and that is called SSL Offloading.

What Is SSL Offloading?

SSL Offloading is the process in which SSL-based encryption is decrypted from incoming traffic. The word “offloading” states that the decryption process is delegated elsewhere, either to another device or a different server entirely.

Why Is SSL Offloading Important?

The biggest reason SSL offloading is important is that it moves the encryption process from the main server that hosts the website to another server. In other words, encryption takes place on a different device or a separate machine.

How Is SSL Offloading Done?

There are two ways to do SSL offloading: SSL bridging and SSL termination.

With SSL bridging, the encryption process is placed at the end of the network. It receives traffic, decrypts it, and then re-encrypts it before sending it to the webserver. It can be from HTTPS to HTTP, HTTP to HTTPS, or HTTP to HTTP.

With SSL termination, the process happens at the server-side connection. The server’s SSL connection is assigned the task of checking whether the data received is encrypted. If it isn’t, then SSL termination will have the data encrypted before sending it out.

SSL termination happens much faster than SSL bridging because bridging will force the traffic through the encryption process regardless of whether it was already encrypted or not.

What Are the Pros and Cons of SSL Offloading?

The most significant benefit to be gained with SSL offloading is that the web server itself doesn’t perform the decrypting. This frees up resources for other tasks. For instance, if the website was previously loading slowly, SSL offloading might give the server the resources it needs to improve the performance. This makes the website a lot more responsive and enhances user experience.

The biggest con to SSL offloading is the unfortunate fact that data handled by SSL offloading is not encrypted at some point. This is a security issue, and while it is still safe because it is held internally by the system, any compromise can lead to severe consequences.

We hope that you now have some idea of how SSL offloading works. If you don’t have SSL up and running yet for your servers and website, we highly recommend that you do so despite the cons. It will keep data safe for the large portion of its journey through the network.

You’ll also receive SSL certificates, which gives your visitors the security they need when surfing the web. Plus, many browsers will warn the user if no certificates are found, which can hurt your reputation and deter new visitors to your website.

What is Load Balancing Software?